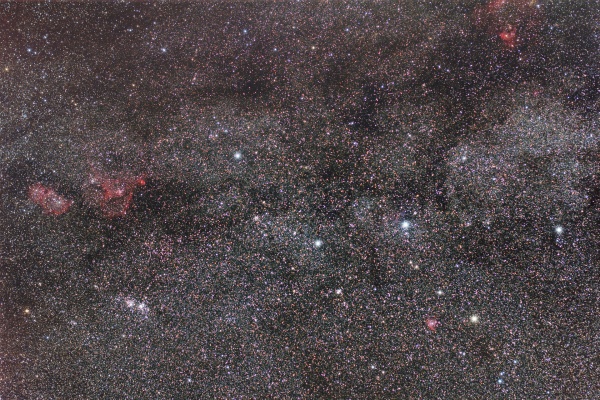 Siril is targeted to amateur astronomers having acquired images and wanting to process them in a semi-automatic way. It provides a more user-friendly interface than Iris' command line as well as more modern and powerful processing algorithms. Using scripts, Siril can produce a stacked image from a set of directories on the click of a button. It also features some processing tools like photometric colour correction and histogram transformation.

Siril is now fully capable to pre-process and process deep sky images and lucky imaging deep-sky sequences. It is still not capable of doing multi-point registration and stacking, which is required for high resolution imagery like planetary imaging. The new star detection registration is perfect for deep sky images, but there are also two automatic translation-only registrations, one more suited for full-image planetary and bright nebula images, based on Fourier transform, and another more simple targeted at deep-sky images, based on PSF on a single reference star. Additionally, a manual alignment capability makes it also well fitted for amateur astronomers having feature-less or bad quality images that automatic tools fail to align properly.

Since version 1.0, Siril can work with 32-bit per channel images and FITS cube images. For more details, see the Siril FITS format page.

Siril is a free software, meaning everybody can participate and modify it as see fit. Siril can be used for other purposes than astronomical imaging, for example to extract previewed frames from many videos formats. For an overview, see some image processing results.

We are looking for volunteer translators, for the software and for the documentation. No programming experience is required. See the translation instructions page for software translation. In any case, check the status of your language translation with Cyril (at free-astro.org) if you want to help.

Siril's works internally with FITS images, unsigned 16-bit or floating point 32-bit per pixel and per channel. Some other FITS formats are supported. All other image formats you want to process with Siril have to be converted using the Conversion tab, but some sequence files are converted on-the-fly: SER and film sequences supported by ffmpeg (which means nearly all films).

For pre-processing, Siril applies master offset/bias, dark and flat images to the current sequence. These master images thus have to be processed before processing the actual image sequence. Siril currently does not support processing multiple sequences at the same time, so each layer of the final image must be processed independently before assembling them into an RGB image. Of course, scripts automate that.

For the old 0.9 version, a Web-based documentation or PDF format for offline viewing, contain illustrated instructions on how to use particular features of Siril, along with a few videos to illustrate or describe these capabilities. This documentation may be updated soon for the new look and features of 1.0.

For 1.0, we focused on describing the usage with tutorials, on the new website siril.org/tutorials. There are also frequently asked questions of great help.

To install standalone binaries, please go to this page, choose the latest version and download the binary corresponding to your OS.