Siril is capable of analysing star photometry across a sequence to do a light curve, using aperture photometry. See this tutorial for more information on how to proceed. This page is more a technical documentation. 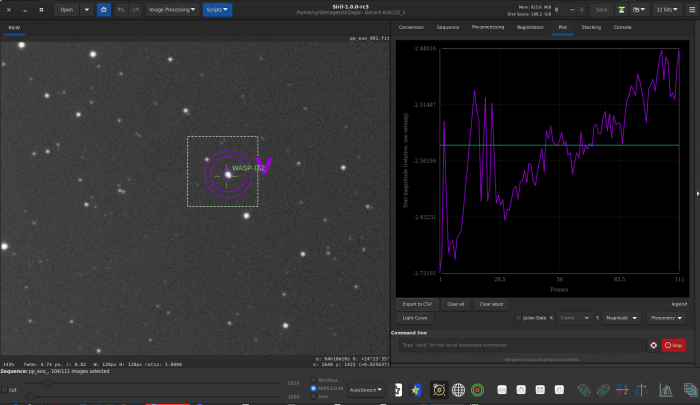 There are a few parameters that drive this, available from preferences.

See also the page on the PSF model.