The final step to do with Siril is to stack the images. Go to the "stacking" tab, indicate if you want to stack all images, only selected images or the best images regarding the value of FWHM previously computed. Siril proposes several algorithms for stacking computation.

This is the simplest algorithm: each pixel in the stack is summed using 32-bit precision, and the result is normalized to 16-bit. The increase in signal-to-noise ratio (SNR) is proportional to [math]\displaystyle{ \sqrt{N} }[/math], where [math]\displaystyle{ N }[/math] is the number of images. Because of the lack of normalisation, this method should only be used for planetary processing.

These algorithms are very efficient to remove satellite/plane tracks.

This algorithm is mainly used to construct long exposure star-trails images. Pixels of the image are replaced by pixels at the same coordinates if intensity is greater.

This algorithm is mainly used for cropping sequence by removing black borders. Pixels of the image are replaced by pixels at the same coordinates if intensity is lower. 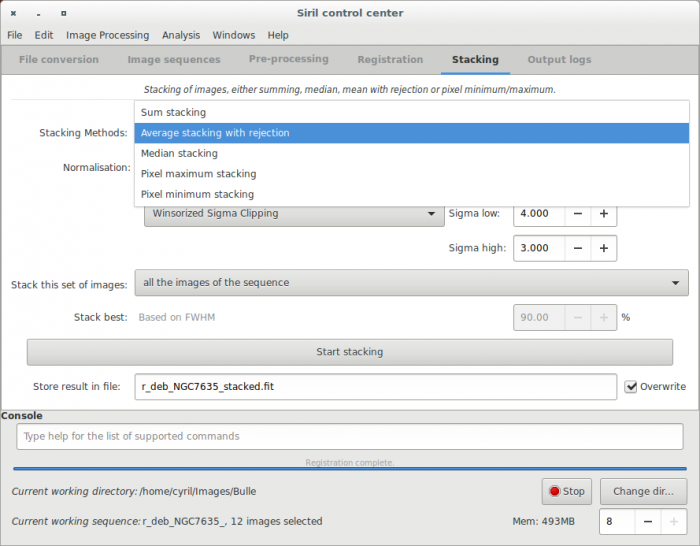 After that, the result is saved in the file named below the buttons, and is displayed in the grey and colour windows. You can adjust levels if you want to see it better, or use the differe1nt display mode. In our example the file is the stack result of all files, i.e., 12 files. 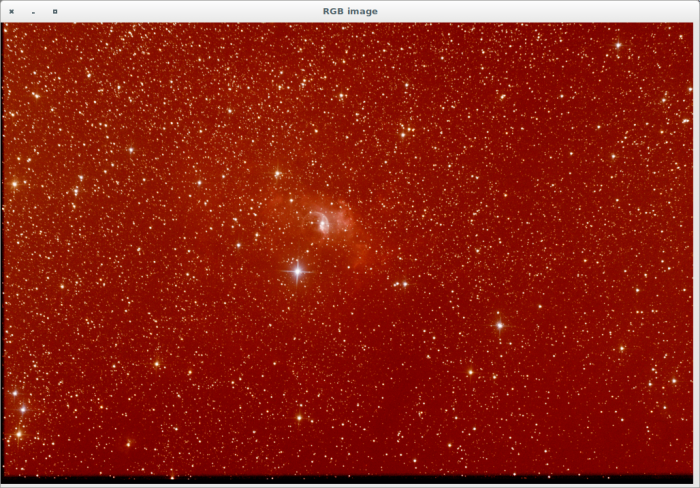 Now should start the process of the image with crop, background extraction (to remove gradient), and some other processes to enhance your image. To see processes available in Siril please visit this page. Here an example of what you can get with Siril: 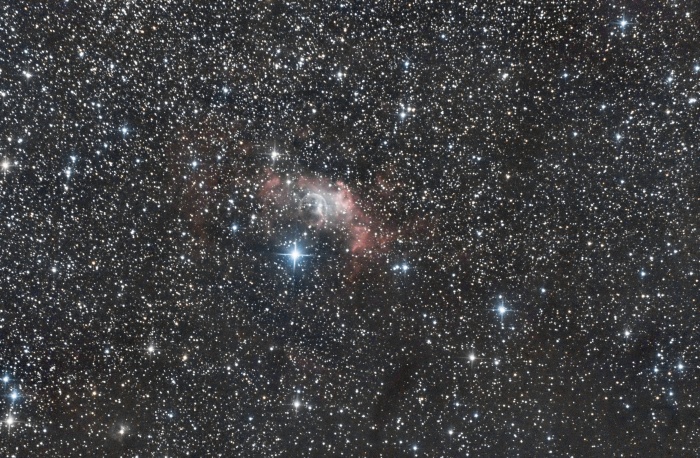 End of the processing tutorial. Return to the main documentation page for more illustrated tutorials.