Siril has two automatic registration tools. In this example we will use the PSF one. Currently, only translation is used for image alignment, no rotation.

The first step is to load the sequence, if we continue this tutorial this will be the debayer_M8-M20 sequence. Go back to the sequence tab, and click on "search sequence" to find the new sequence created by the pre-processing. Select the debayer_sequence, which will open the image preview windows if not already opened, and display the first image of the sequence. 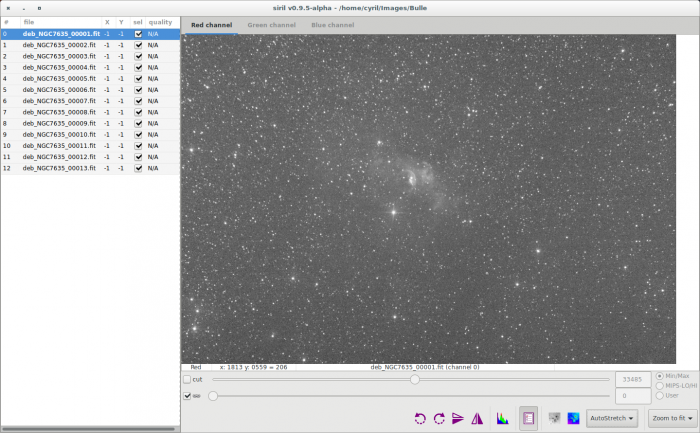 You can then open an image of the sequence by double-clicking on its line, and select (include or exclude) the image from the sequence by checking or unchecking its box. X Y and quality columns will be displayed later, when registration data is available.

To do the automatic registration, select a isolated star in a grey image, preferably in the same layer than the layer used for registration (green by default) to be sure that the star appears in this layer, and click the "Go register" button. Also, make sure that the selection is large enough to include the star on every frame but not too large to avoid computing PSF of another star as you can see on the second image below. 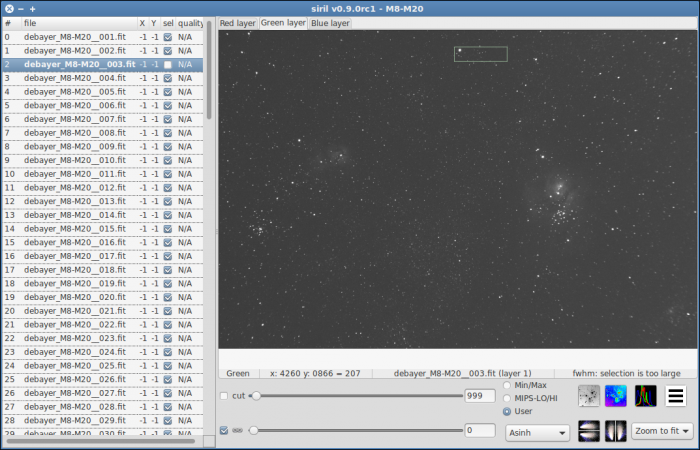 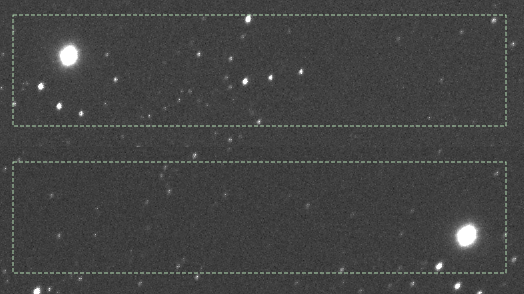 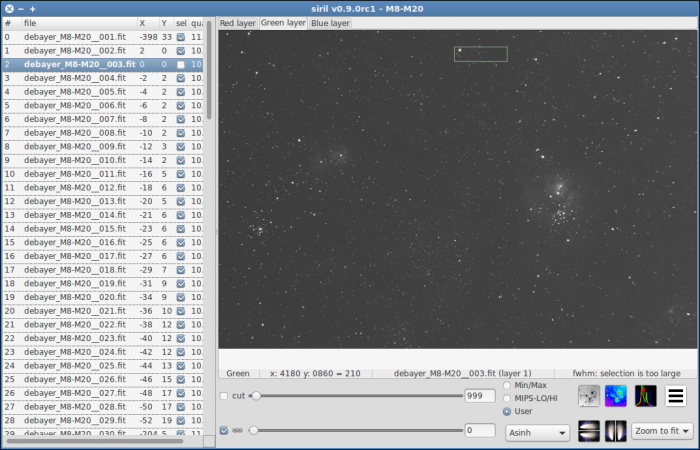